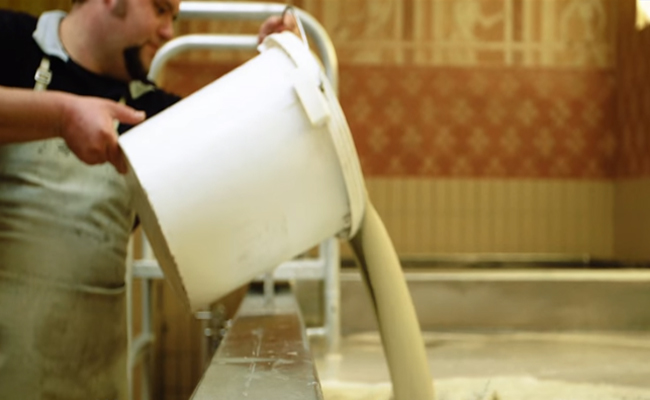 It is every beer lover’s fantasy – to be surrounded by beer, but Starkenberger’s Castle can offer so much more than that. You can now bathe in beer and immerse yourself completely in it. Isn’t this better than just drinking beer?

The Starkenberger’s Castle and Its Beer Pools

The Australian brewery castle in Tarrenz, Austria is one of the few places in the world where you can swim in a pool of beer. It is probably the only place offering beer swimming pools in the entire world because the castle provides its guests the unique experience of bathing in any of their seven 13-foot pools of warm beer (with some water). Each pool contains 42,000 pints of beer, where you can eat and drink beer as well.

Bathing in beer does not only give you a memorable beer-experience. It is also good for the skin because the beer is rich in calcium and vitamins.

The pools were first opened to the public in 2005 once the ancient fermentation cellar of the 700-year-old castle was deemed obsolete and was then converted into a beer spa. For the benefit of the guests, the beer pools are kept hot. But those who want some cold relief can always order a cold beer while lounging in the pool.

For the guests’ safety, drinking beer directly from the pool is not advised. That’s where a line in the beer experience is drawn.

Beer Spas in Germany and Austria

Beer spas are quite popular in Austria, Germany, and the Czech Republic. However, their usage has been traced back to the ancient Rome, when beer bathing was quite a regular activity for the Romans.

If you want to try other beer spas aside from those in the Starkenberger Castle, you can also try the following beer spas:

How excited are you then to star lounging in the beer spa? If you want to have a clearer idea of what a beer spa looks like, watch the video of the Starkenberger’s Castle beer pool below:

WATCH: This mom’s pure joy over a Chewbacca mask made her a Facebook star!

Probably the Most Painful Muay Thai Joke on Video

Tough Bike Stunts Only the Brave and Nimble Would Dare. Would You?