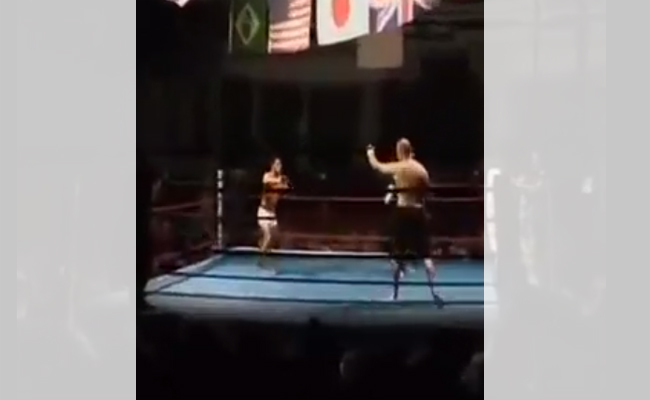 This fighter shown on the video (bald and wearing black shorts) would find out how effective Capoeira is in a Mixed Martial Arts (MMA) bout. Capoeira–a Brazilian martial art heavy on rotating kicks with quick gymnastic movements developed by slaves–seems an unlikely technique in MMA because it looks more like dancing.

Would dancing make it in a contest of brute strength and tough combat fighting techniques?

Well, the “dancing” Capoeira player moved in and applied his “dancing” as best as he could. You have to watch what happened in the end!

One of Michael Jackson’s Legendary Moves Is the Anti-gravity Lean. Know How He Pulled It Off!

Understand How the Heart Works Inside and Out: Watch How Blood Flows Inside the Heart

The Best Way Eating Out Eat All You Can Meals