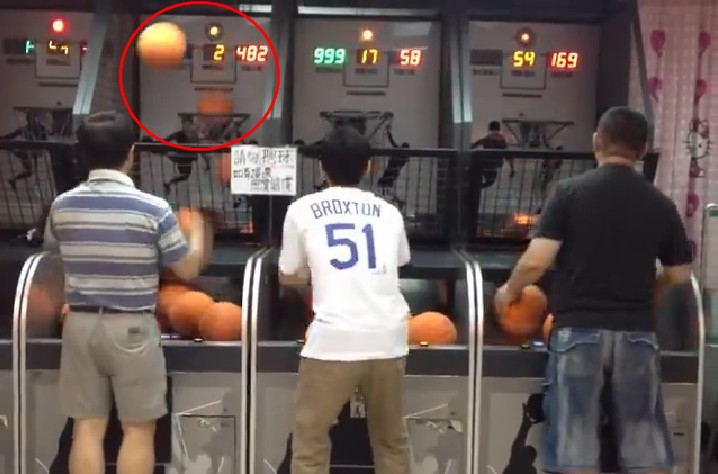 If you want to shoot a sure score in basketball, you do it carefully with two hands, right? Well, this middle aged man proves to the contrary. He beats other two guys younger than he is by shooting balls alternatively with each hand almost at the same time and rarely misses. He does all that so relaxed as if it were a picnic–while the other two are apparently stressed out a bit.

When he’s 9 points short of 500 points, he gets bored and instead shoots the balls to the ring adjacent to his. He even does a clever trick of bouncing the balls two times, first on a wall and then on the board, before they shoot into the ring. Then finally, he gets really bored and suddenly leaves, just like that, casually wiping off perspiration on his face, like nothing happened. The player beside looks and smiles at him, amazed at the feat. The final scores of the three players? You have to watch the video to believe it!

The Best Way Eating Out Eat All You Can Meals

Lamp Invented by Pinoys Runs on Salt and Water!