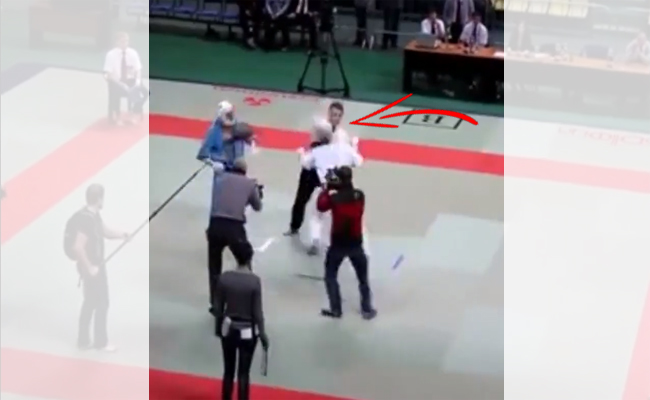 Referees in a Karate tournament are there to balance a fight, make sure the fight is taken by players as a sport, and no one gets badly hurt, right?

The referee in this video does a very unorthodox way of separating players who have lost their tempers in combat. Instead of just pushing them apart, he does something completely unexpected–something that can pass for a great fight sequence in an action movie.

Probably he aspires to be an action star? Well, anyway, the whole thing is obviously scripted. What do you think?

This proves we can’t go paperless with iPad!

Little Japanese Girl Impresses Judges So Much! You’d be Fascinated Why!