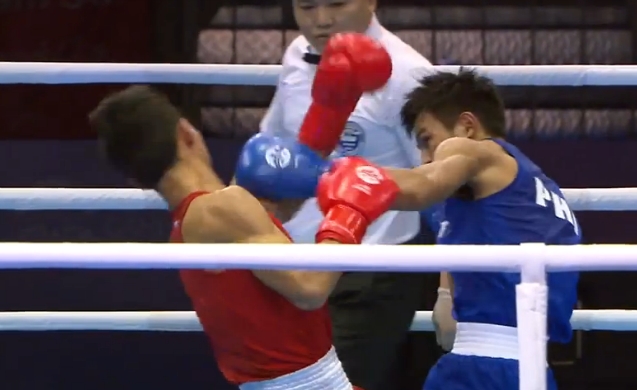 Manila, Philippines – Ian Clark Bautista, 20, of Binalbagan, Negros Occidental won the semifinal bout against Laos contender Thongbang Seauaphom by knocking him down by a strengthen left hook to the jaw in the 28th SEA Games in Singapore.

Bautista’s fighting stance really looks like the Dempsey Roll, which was used by Jack Dempsey as his Sunday punch during the 1920s. The Dempsey Roll involves weaving of the user’s body forming the figure eight. What makes his punch more frightening is that it uses the momentum of the figure eight weaving to strengthen the blows.

What Happens If a Monkey and a Bulldog Cross a River? Kids, Don’t Do This Outdoors

Two Kids Miraculously Survived After Being Run Over By A Car

Amazing Kid Hypnotizes Animals to Sleep! But Would They Wake Up Again?