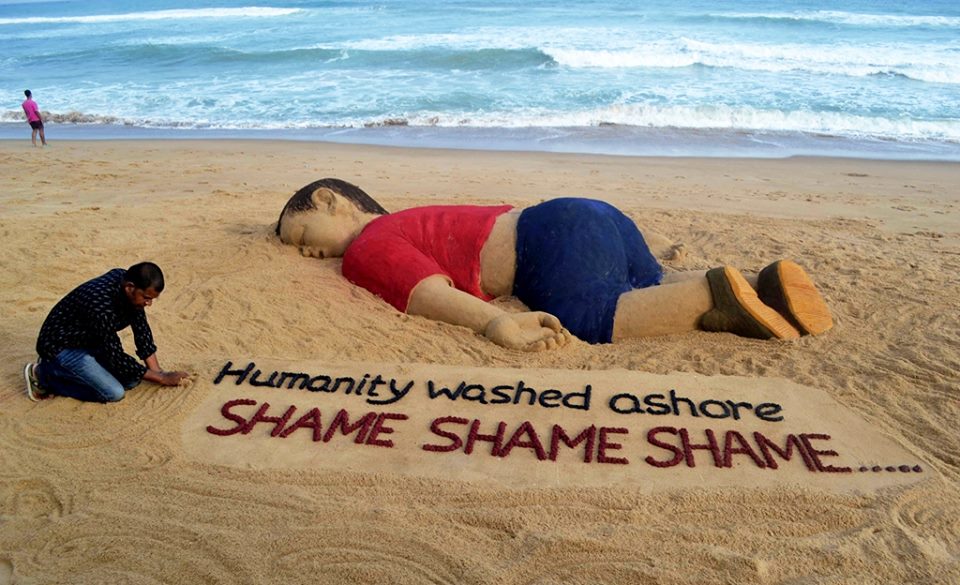 [nextpage]An Indian artist made a sand sculpture in memory of Aylan Kurdi, the drowned 3-year-old Syrian refugee who was photographed lying face down on a Turkish beach.

Created on India’s Puri beach on Friday, the sculpture depicts the boy’s last moments. The artist Sudarsan Pattnaik wrote “SHAME” in capital letters, reflecting the international outcry over the failure to find a solution to the migrant crisis.

Aylan was among the 12 Syrian migrants confirmed to have drowned after their boats capsized en route to Greece. Thousands of migrants have died this year fleeing to Europe by sea.

Pattnaik’s sculpture is among thousands of artworks in response to Aylan’s tragedy, which have been flowing over social networks over the past few days.

A Talking Dog Wendy on Britain’s Got Talent (Or Is It a Barking Man?)

How Powerful Manny Pacquaio’s Punch Is? The Might of His Fist is Revealed! Watch this…