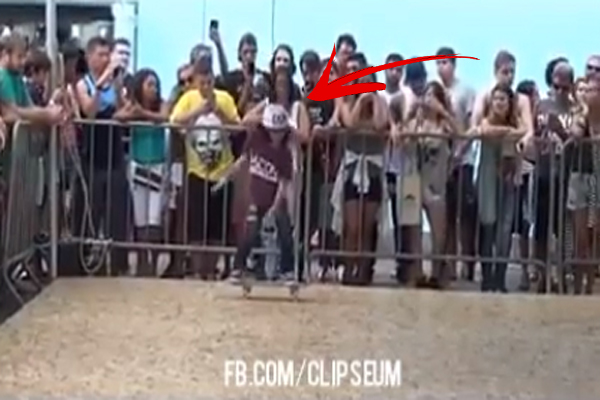 When you say skateboard, you’d immediately think of kids pushing a board with one foot and doing some tricks. But what you’ll see when Isamu Yamamoto does his trick is nothing similar to what regular skateboarders do.

This kid, about 12 years old, hails from Otsu City, Japan. Instead of simply letting his family and friends watch him perform his tricks, he does it on his YouTube page, which already has over 20 million views (as of March 2015). In fact, some people are expecting him to become the next Rodney Mullen, the American pro skateboarder credited with creating several skateboarding tricks, such as heelflip, flatground Ollie, 36-flip, and kickflip. He is hailed as the godfather of flatland skateboarding.

In the clip you will watch below, you will see him doing his tricks again, which won him first place in the Pro division in the Big Rio Freestyle Contest 2016. Get ready to be inspired to pick the skateboard and to work even harder on your tricks once you see this clip.

Bottled Air for Sale! Would You Buy One?

Extraordinary Tip You’d be So Sorry to Miss: What to Do to Get SURE HELP When Your car Breaks Down on the Road