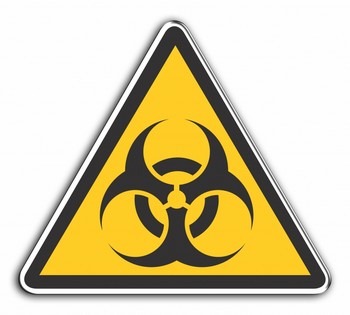 The most terrifying thing about viruses lies in the fact that it can spread so easily – with a mosquito bite, saliva droplets, or a cough, among other things. It can wreak havoc around the world, causing fear that it might not stop spreading until it kills thousands. Some of them have been around for centuries, while others were newly created in the lab.

If you tend to be paranoid about contracting these often deadly diseases, read this list at your own risk. But it is always best to be informed about these viruses if you want to have a way of spotting them early on and asking for urgent medical help.

This is one of the latest horrifying viruses to ever spread around the world, leaving a trail of babies with serious birth defects, such as an abnormally smaller head than usual. It caused an outbreak in Brazil and is now spreading to other countries in North America and the US.

The Zika virus is transmitted through the mosquito called Aedes aegypti, although there are cases now of the virus being transmitted through sexual intercourse. It was first discovered in Uganda’s Zika forest in 1947, hence the name, and has troubled victims all over Asia and Africa, although its first outbreak was in Brazil in May 2015.

Unfortunately, there is still no cure for the virus, hence the need to be extra cautious and to implement preventive measures to avoid mosquito bites. This is especially important among pregnant women or women who are planning on conceiving.

This Baby Knows How to Create Fun. I Dare You Not To Laugh!

This Camera Can See Through Everything! Take A Look For Yourself And See How It Works