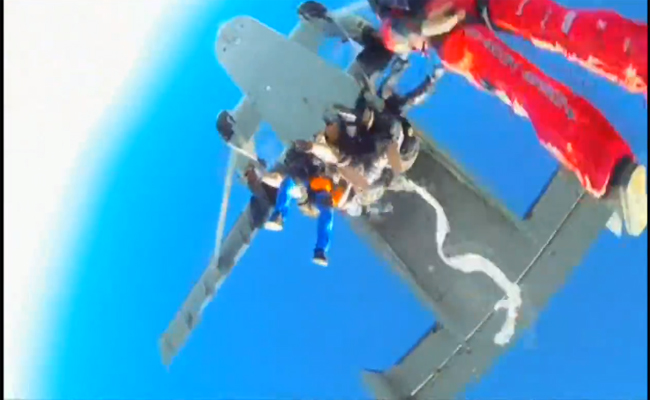 Here’s a world record of vertical diving done by dozens of parachuters with multi-color jump suits. They actually jumped off planes and joined hands to form a fascinating figure in the air while falling fast to the ground.

Then, all of a sudden, majority of them split up, also in midair, with a few parachuters left joining hands to maintain a middle circle where the cameraman–also a parachuter (but not seen on camera)–soars up into it (he probably opened his parachute which reduced his descent).

A few seconds after, something exciting happens! See what it is!

A Fresh Honey Vendo “Machine” That Really Isn’t a Machine. See How It Operates!

Ever Wonder How Hair Painting is Done? This Will Show You How!