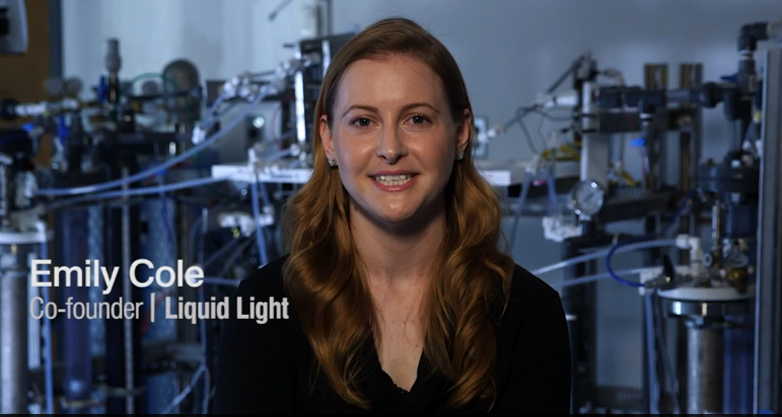 Carbon dioxide is blamed as the main cause of global warming.

This is probably grounded on the fact that it accounts for 76 percent of the global greenhouse gases produced every year, as per the Environmental Protection Agency (EPA).

However, the abundance of this abundant byproduct may just have an upside after Emily Cole, co-founder and chief science officer of a company called Liquid Light, developed technology that can recycle carbon dioxide and produce a chemical that can be used as raw material for consumer products.

Cole founded her company in 2009 and focused on finding ways to recycle carbon dioxide.

They collect and sequester carbon dioxide from manufacturing sites, industrial plants, and similar facilities that emit a lot of carbon dioxide in their operations. According to Cole, the gas is “compressed in pipelines and injected into rock formations deep underground.”

The startup puts it to use right away and Light Liquid serves as a pioneer in combining water, electricity, sunlight, and other chemicals to develop a catalyst that converts carbon dioxide into useful chemicals.

Some of the chemicals that they have successfully derived from the byproduct are liquid fuels, glycolic acid, and ethylene glycol. Cole added that these very chemicals might become better alternatives to petroleum as an ingredient in making plastic bottles, antifreeze, carpets, and facial creams, to name a few.

Cole enumerates the benefits of these developments, which include less dependence on the use of petroleum, reduced carbon dioxide emissions, or even lower production cost.

According to Cole, the inspiration behind this brainchild of hers was the work of one of her Princeton teachers, Professor Andrew Bocarsly, who was also focused on carbon dioxide recycling. His project did not hype up enough interest or funding, but Cole realized that it could work and tweaked it further to come up with what Liquid Light is working on now.

Armed with her Princeton diploma, Cole went on to raise the capital for her startup firm to work on the technology. It gave birth to a company with 12 people, who worked on the technology that might be launched in 2017 and licensed for commercial use.

In fact, Cole’s technology has already attracted the support of Coca Cola in speeding up its commercialization process. The beverage giant has vested interest in the project, seeing as how its commercialization may help them lower the cost of producing mono-ethylene glycol that is used in making PET plastic bottles.

If Liquid Light’s project takes off next year, Cole would be a few steps into realizing her dream of becoming less dependent on oil without compromising the manufacturing process and Mother Nature.

Watch this 50-second clip of Cole talking about her carbon recycling technology here:

Duterte to Support Binay Once He, Poe Declared DQ’ed

An Apple a Day–Probably Keeps Your Intestine Waxed