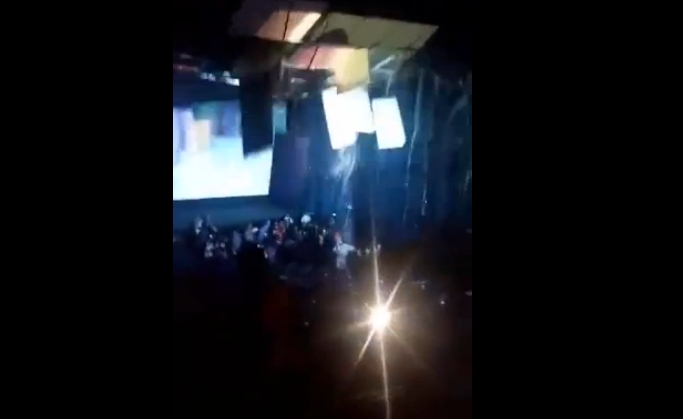 Part of the ceiling in Ayala Cebu Cinema 5 collapsed on June 15, as per videos shared on social media.

Videos of the incident captured by moviegoers showed how a portion of the cinema’s ceiling opened up, forming what seemed like a waterfall. It also showed moviegoers calmly making their way to the exit, until an even bigger part of the collapsed ceiling fell.

Official news report says that there were 6 people who got injured.

While we were on our way to the restroom near the cinema, people started to get out and started to panic. Some were traumatized and worried that their friends are still inside. I gathered some information from the people I interviewed who were there and personally experienced the incident.”

According to the people whom Giorgio Bernardo Visitacion had interviewed.

“First, the people inside thought it was just raining heavily because there were signs of water leakage from the roof. So they were asked to transfer closer to the stage to avoid getting wet but moments after, the concrete ceiling and roof unexpectedly collapsed; some people were injured, a few people were trapped and majority of them got wet.”

Meet Mr Yo, Millionaire Businessman Who Picks Up Trash

Obsessed With Taking Selfies? Don’t Take One In These No-Selfie Landmarks!