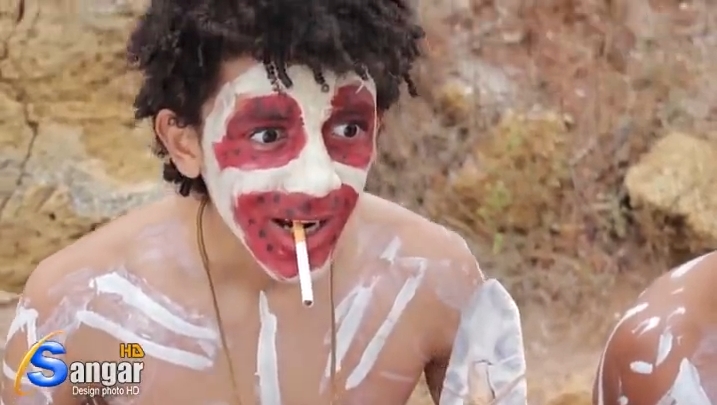 Smoking really kills, as this white guy discovered. But not due to its ill health effects to the lungs or heart, but due to the modern technology attached to the vice. He found himself caught by cannibals in a remote island and was about to be barbecued for lunch when the cannibal in charge for starting the fire lost his flair for starting fires manually. The two stones he was banging together for friction didn’t work.

Frustration made them all sadly take a break, including the white guy earmarked for lunch, and he naturally pulled out a cigarette and a lighter, as modern city folks who smoked do during breaks. As flame pop up from the lighter, it was like a light bulb that suddenly glared in the dark. The cannibal cook got a wonderful idea, and guess what it was?

To see what happened, watch the video!

Small Kid Drummer Almost Gets the Drum Beat of the Music