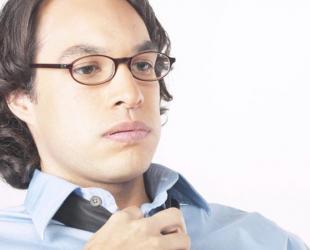 Scientists finally uncovered the reason for sighing and it is so much more than just a way of expressing despair, according to a new study conducted by Stanford and UCLA.

An average person sighs around 12 times per hour, with the interval of five minutes between sighs.

The reason? To pump gas into the alveoli and inflate it. The alveoli are the tiny sacs in the lungs that serve as the entrance of oxygen and the exit of carbon dioxide.

According to Jack Feldman, a neurobiology professor at the David Geffen School of Medicine at UCLA and one of the researchers in the study, when the sacs collapse, they will reduce the lung’s ability to process oxygen and carbon dioxide. He added, “The only way to pop them open is to sigh, which brings in twice the volume of a normal breath. If you don’t sigh, your lungs will fail over time.”

The study also found that sighing is programmed by a pair of neuron clusters in the human brain.

By studying over 19,000 gene-expression patterns of the mouse’s brain cells, the researchers discovered one to two neuropeptides, those produced by 200 neurons in the brain stem, helping the organ’s cells to communicate. These peptides are found in humans as well as mice and are essential to breathing and sighing.

The researchers also observed how the peptide tapped into another set of 200 neurons, which immediately raised the mice’s breathing rate. It led to more sighing, from 40 times to around 400 times an hour.

But when these peptides were blocked, the sighs also stopped.

This means that the breathing center of the brain also regulates our type of breath. It could be regular breaths, sighs, coughs, sniffs, yawns, cries, or even laughs, according to Mark Krasnow, a biochemistry professor and Howard Hughes Medical Institute Investigator at the Stanford University of Medicine.

By learning more about how the neurons work to help us sigh, the researchers are hoping that this might help develop a new therapy for people who cannot sigh or breathe deeply.

This is particularly helpful for people with mental health issues who cannot breathe properly on their own, particularly when they hyperventilate due to anxiety. They might be too conscious of their breathing and choose to take short and shallow breaths to fill their lungs, only to end up with “air hunger.”

With the discovery of the neuronal actions behind sighing, Krasnow talked about his hopes for the study and how it might help us develop the drugs that help regulate sighing.

The study is published in the digital edition of the journal Nature.

Paris Hilton’s Plane is About to Crash… But It’s Just a Morbid Prank!

Watch This Rider Take You On An Adrenaline-Pumping Ride Until Smack! What A Shock!

478 – The Magic Numbers to Falling Asleep In One Minute