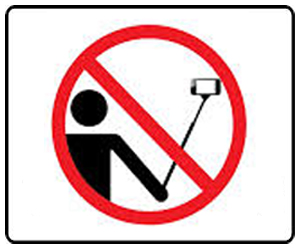 Did you know that selfies can be lethal?

Yes, they can certainly kill.  While the trend took hold in 2013 and 2014, it wasn’t until 2015 when people realized just how dangerous selfies can be. And this is why Mumbai is imposing no-selfie zones after selfie-related deaths.

Mumbai has imposed no-selfie zones around the city by sending police patrols to locations that pose a risk to people who wield their camera phones around to capture the perfect selfie.

This move comes after several incidents that have raised the number of deaths related to selfie. Within three years, there were 49 reported casualties linked to the trend, 19 of which come from India, accounting for almost 40 percent of the global total.

Among the high risk areas are the oceanfront.

On February 16, local media reported the drowning of two teenagers while taking selfies during a picnic in Bhiwandi, a suburb northeast of Mumbai.

The authorities are still in the process of identifying these high risk areas to finalize what they are going to label as no-selfie zones. In the meantime, they have deployed policemen in some areas and will be coordinating with the local council to send some lifeguards, too.

One tragic example would be how three Indian college students died when they stopped on a train track going to Agra to try and take a photo of themselves in front of a train. Only the fourth friend lived to tell the tale. There were many other incidents of people taking a selfie in precarious situations, such as those two men in the Ural mountains who died after capturing a selfie while holding a hand grenade with its pin removed or some people accidentally shooting themselves to death while taking a selfie with loaded guns.

More and more people are also taking daredevil selfies, with tourists trying to take selfies during bull runs or with bears and other dangerous wild animals in the background.

Due to the increasing obsession with selfies, many landmarks around the world have banned selfies  or the use of selfie sticks, which are becoming ubiquitous to the extent of causing annoyance or accidents. As pointed out in a Conde Nast Traveler article, selfies killed more people than sharks. In 2015, there were six reported deaths due to shark attacks. In the same year, there were at least ten reported deaths related to taking a selfie.

Even landmarks such as Disneyland and the Louvre in Paris are banning the use of selfie sticks.

In Russia, the Russian police is so serious about discouraging people from clicking selfies that they even prepared some warning signs. Here are some of them, with their translated content:

Anaconda Snake and Croc in a Wrestling Match: Who Swallowed Who?