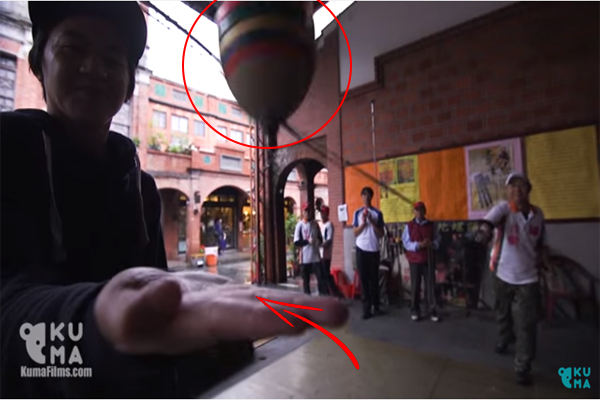 You might have played with spin-tops a child and have competed in a throwing game with the other kids in the neighborhood or in school. But with the advent of game consoles, tablets, and smartphones, kids nowadays have forgotten or might not have even known about spinning tops. The Taiwanese, though, still considers throwing spinning tops an art form and if you’re not too distracted by technology, you will totally agree with them as well. Just watching those tops spin and spin forever is hypnotizing enough that you’ll lose yourself until the top stops spinning.

When the video starts, you’ll see old men and probably dismiss them as men who missed those good old days when they were kids playing with spinning tops. However, you’ll have your jaw dropping soon once you see just how precise these spintop snipers are. They can throw those spinning tops like they’re nothing and do so with great precision no matter what surface the tops are supposed to land on. What’s even more amazing is that these tops seem to spin on and on.

And wait for the most amazing trick at 1:50! How could it have been possible? Do Taiwanese men make their spinning tops with magic?

Tough Bike Stunts Only the Brave and Nimble Would Dare. Would You?

Even Superman Would be Astonished by These Real Flying Men