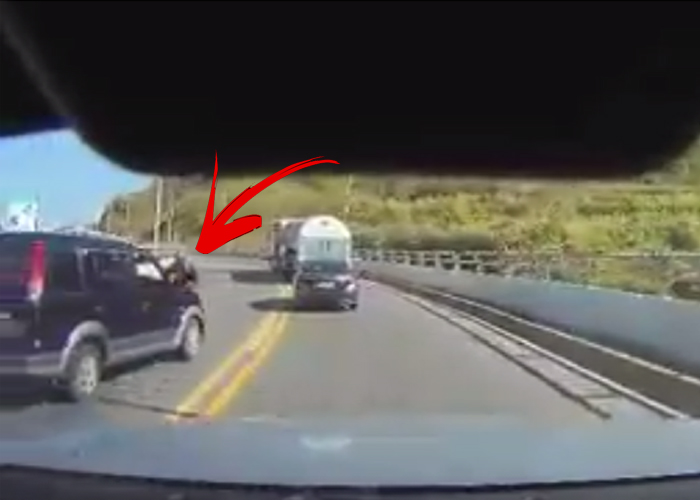 Traffic rules are implemented to keep everyone safe. Once these rules are violated, that’s when accidents usually happen, with some even leading to fatalities.

When the driver of a Mitsubishi Adventure overtook despite the “no overtake” two solid yellow lines on the road, this freak accident happened. Based on the dashcam video of Leo Kimbungan that is posted by Facebook user Roman Nuki Santos, the SUV driving over the curved part of the Marcos Highway flyover in Baguio City, Philippines overtook car with the dashcam,  colliding with the motorcycle rider on the other lane. The bike flipped over, throwing the rider off his bike and crashing on the road.

It was first thought that the driver died, but reports later claimed that he was alive.

Accidents happen every day, but many of them could have been avoided if motorists take the time to follow traffic rules. Those who do follow the rules often become innocent collaterals.

Here is the video of the freak accident:

The More You Sigh, The Longer You Stay Alive, According to a New Study

What a Zamboangeña Has to Say to Radical Duterte Supporters

Recycling CO2 Into Useful Chemicals for Consumer Products? Watch How This Is Possible!