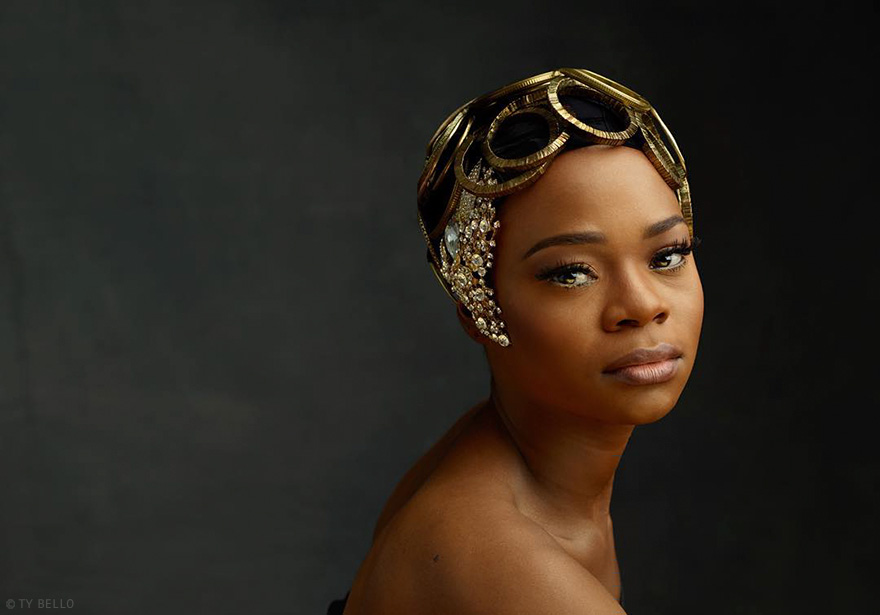 Photobombing has often been considered as a prank, wherein a person creeps up into the camera’s field of view just as the photo is taken.

And for Oajumoke Orisaguna, photobombing a British pop star turned out to be the best day of her life.

Orisaguna, a 27-year-old mother of two, makes a living selling bread while walking the streets of Lagos. She used to work as a hairstylist in Osun State, located southwest of Nigeria, but had to leave her husband and kids at home to find work as a street vendor in Lagos.

On that fateful day, Orisaguna accidentally walked into that area in Lagos, where Tinie Tempah and Nigerian photographer/singer TY Bello were doing a shoot.

According to Bello, Orisaguna was confused about what to do after accidentally walking into the shoot, with some people asking her to stay while others were instructing her to walk past the area quickly. But Bello finally asked her for permission to take a picture and Orisaguna said yes. And this is how it turned out.

When the photographs from the shoot appeared on social media, everyone assumed Orisaguna was a model. When they learned that she wasn’t, everyone was all for the idea of her being a model, so Bello started searching for the young bread seller.

Then, on February 4th, they found her.

So I found her …our beauty from the @tiniegram shoot and boy have I got a fantastic story to share with you all. Right here is an amazing 27yr old mother of two , Jumoke Sunday with an incredible life story .I called on three amazing artists @bimpeonakoya for beautiful makeup .. @zubbydefinition for hair and @emaedosio to make a short documentary about her .. Every one gave a yes !on the spot . They were all at the studio within an hour and we had the most amazing shoot with her. I’ve also spoken to a few people about the best way to help move her forward and reunite her with her family . … The process has already begone and I’ll figure out the best way to have anyone who wants to be part of the journey .Meeting and photographing her has inspired us all and we can’t wait for the good that will come to her from all of this to unfold . She doesn’t speak English well but here ,she was explaining how she found us . I had sent an assistant , as many of you advised ,to leave a message with the people in the area where we photographed her… So here she is .. #Olajumoke #tybellophotography #findingjumoke #thebeginning

And a few days later, she’s on the cover of this magazine. 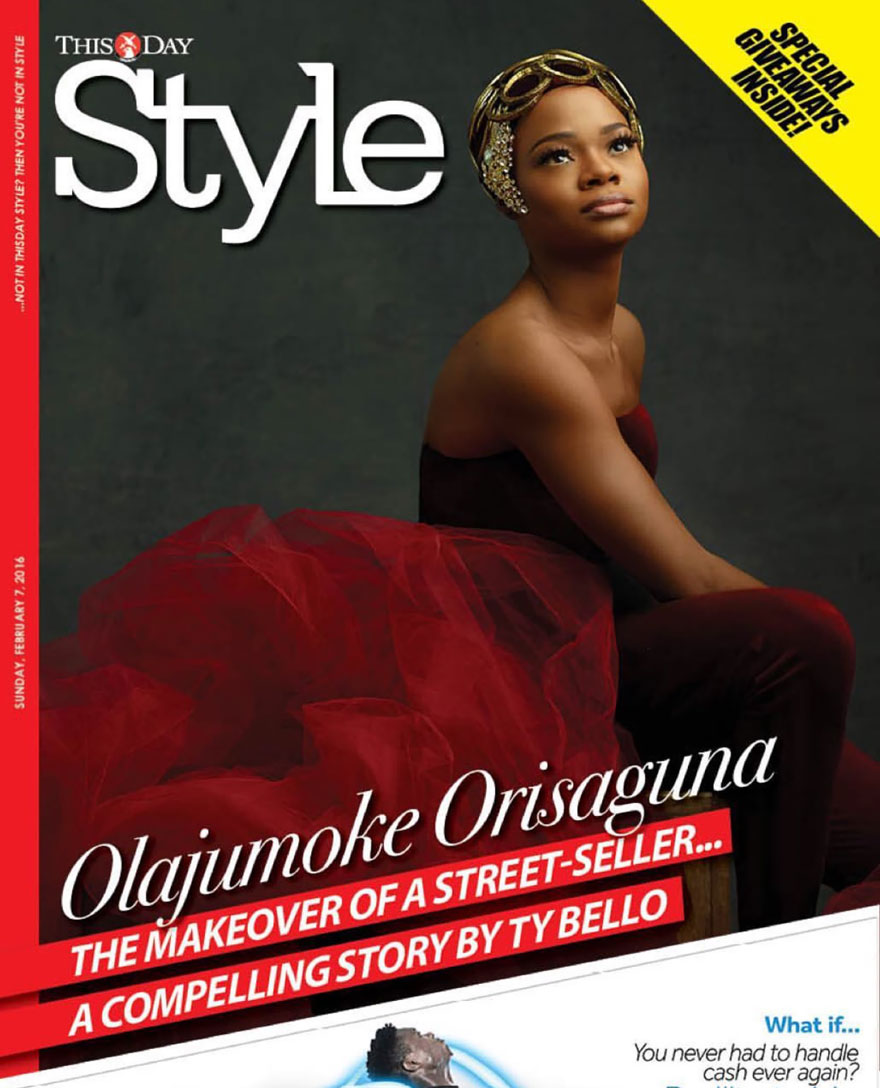 Orisaguna’s modeling future is also set. She just signed a lucrative contract with Few Models Management. Aside from that, she also gets the chance to continue her education with a scholarship and a bank has offered to shoulder the education of her two kids, now aged five and one, until they complete university.

According to Bello, Orisaguna’s story is something everyone can relate to because everyone has dreams and Nigerians have it tough now. Also, “everyone is looking for that magical break,” and the bread seller-turned-model’s story certainly has that magic, making it a phenomenal story.

She is indeed one lucky photobomber.

So now, we have one more formula to become a top model – just photobomb a pop star!

Here are more modeling pictures of Orisaguna, one of which showed her with her 14-month old baby, Grace: 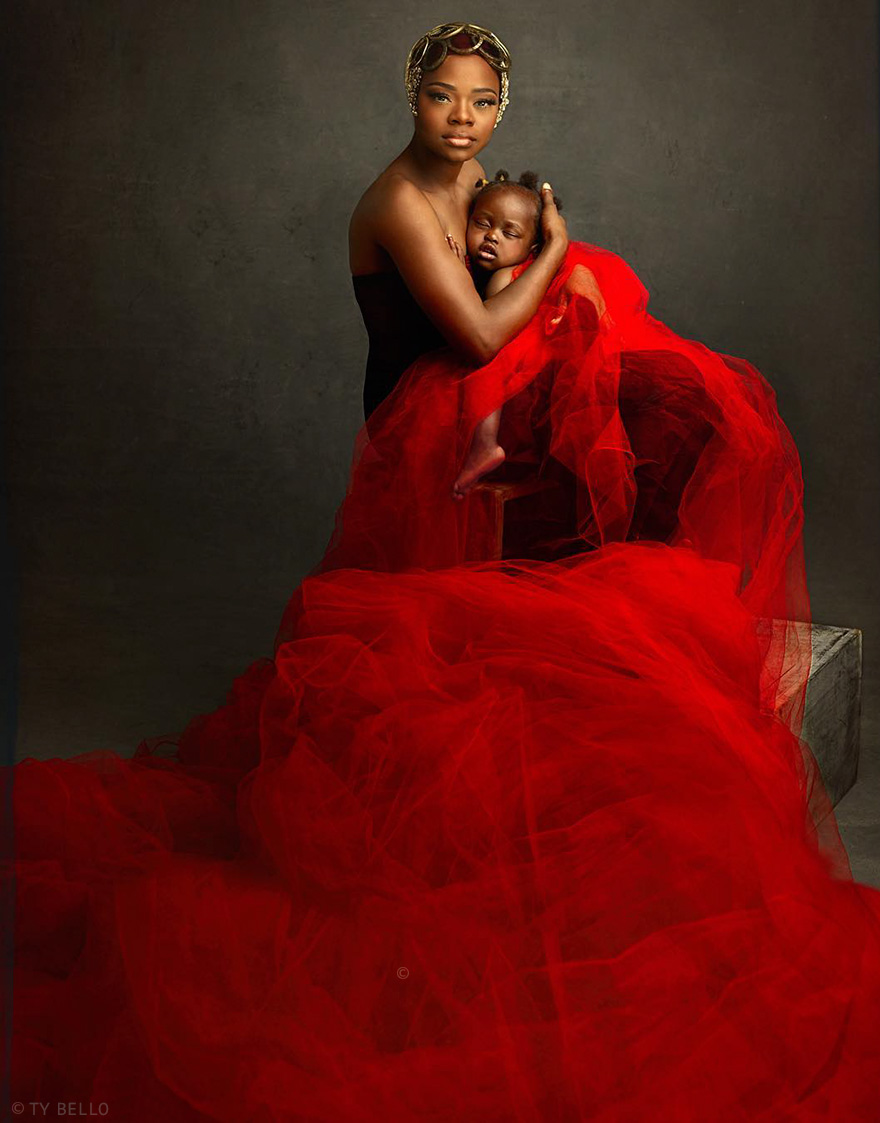 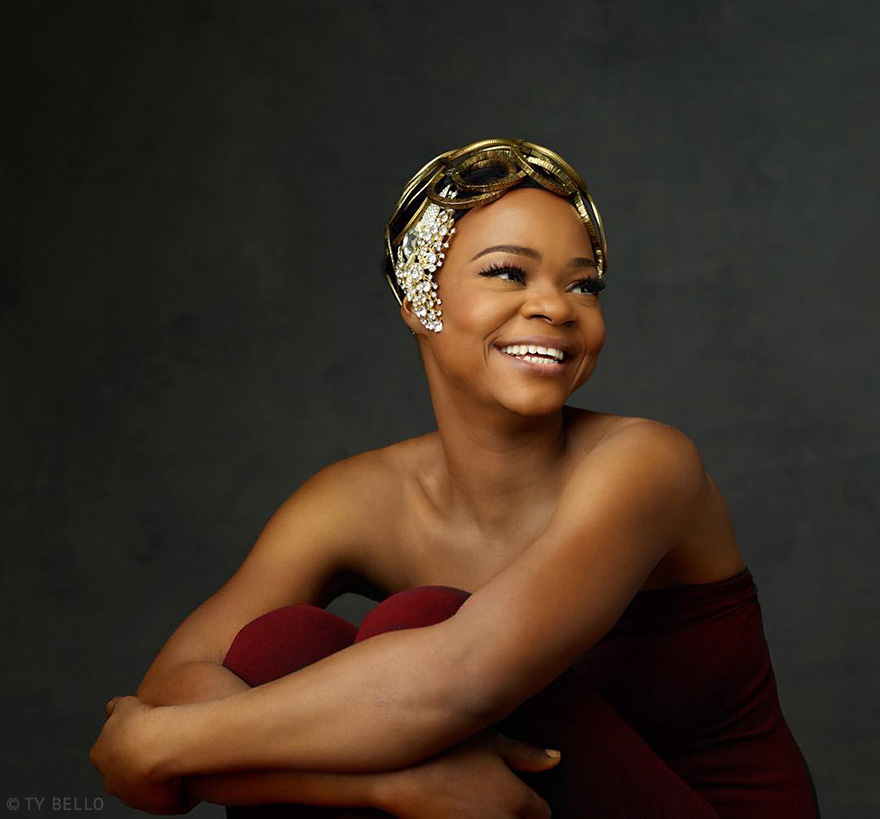 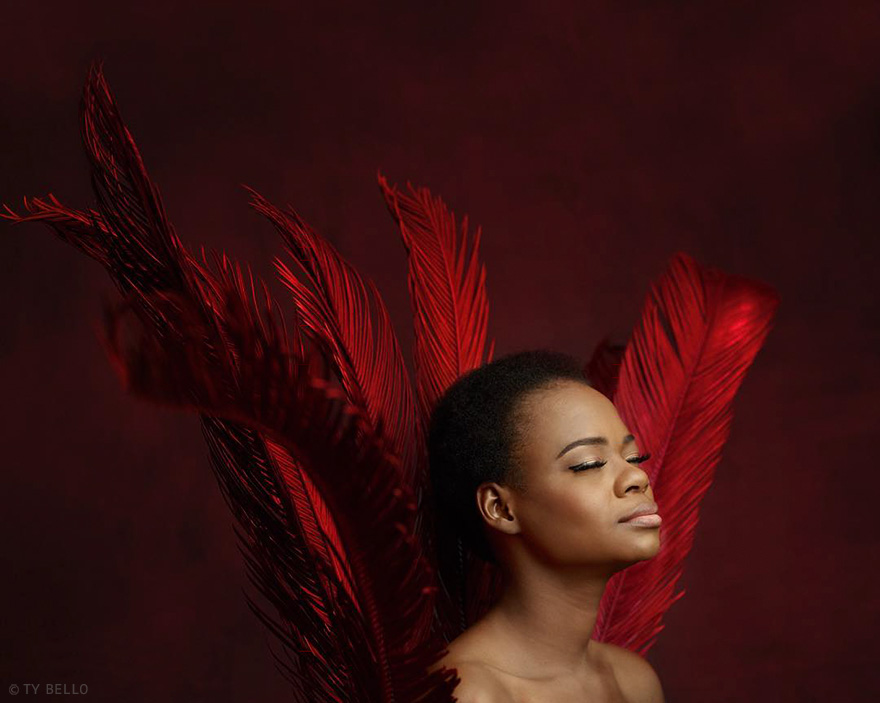 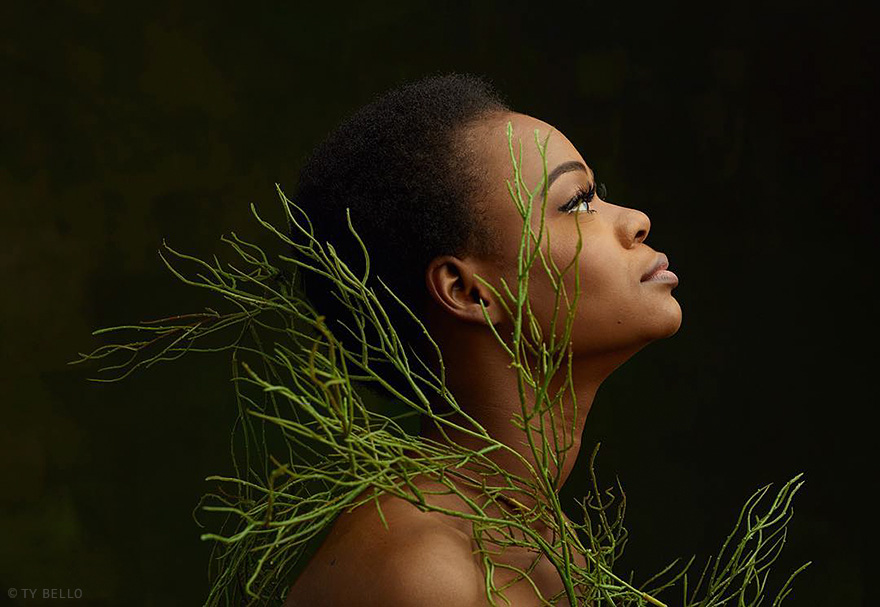 One Hell of a Magician with Playing Cards! Probably Nothing Like His Tricks on Earth

The Power of Wordy Touch?

Watch (And Feel?) What It’s Like to Put Your Tongue In a Mouse Trap In Slowmo