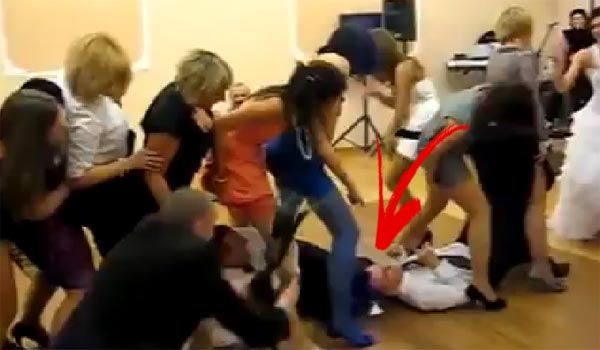 Due to a prior game, the women outdid the men and won. So the latter had to face the consequences–and be servile to the triumphant ladies by crawling under their legs.

But the punishment requires the ladies to spread their legs apart so the guys could crawl under them. That put them in an awkward position, compromising their underwears.

Which makes us wonder–was it the women who conquered the men or was it the other way around?

Can You Guess What This Man is Trying to Paint?

English Language Being Read in Other Country. Really???